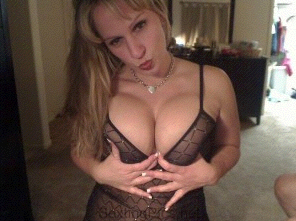 Your teenager wants to attract a member of the opposite sex, so they take a snapshot of themselves naked or in a sexually explicit pose. They send it to a friend. That simple act is defined by law as trafficking in child pornography. Today, teenage boys and girls sexting could create lifelong legal consequences.

Sexting is the new rage in our technology age. Cell phones and computers with cameras make it very easy to send sexually explicit content to a friend or groups of friends. However, if the person in the picture or video is under 18, they have committed a crime. All 50 states have laws governing child pornography.

The following information comes from the National Center For Missing & Exploited Children website.

What is Child Pornography?
Under federal law (18 U.S.C. §2256), child pornography1 is defined as any visual depiction, including any photograph, film, video, picture, or computer or computer-generated image or picture, whether made or produced by electronic, mechanical, or other means, of sexually explicit conduct, where
Federal law (18 U.S.C. §1466A) also criminalizes knowingly producing, distributing, receiving, or possessing with intent to distribute, a visual depiction of any kind, including a drawing, cartoon, sculpture or painting, that
Sexually explicit conduct is defined under federal law (18 U.S.C. §2256) as actual or simulated sexual intercourse (including genital-genital, oral-genital, anal-genital, or oral-anal, whether between persons of the same or opposite sex), bestiality, masturbation, sadistic or masochistic abuse, or lascivious exhibition of the genitals or pubic area of any person.

Who Is a Minor?

What are the consequences if a minor is charged and convicted of trafficking in child pornography? There could be jail time and fines, but they will also be labeled as a sex offender and that will stay on their record for the rest of their lives.

Even if the child does not get caught by the law, there can be horrible unintended consequences for sharing nude or sexually explicit pictures with friends. Let's say a girl sends a picture of her breasts to her boyfriend and they break up. He might turn around and send the picture to everyone he knows, which could have serious repercussions at school or in their social circle.

What these kids don't understand is that photos, videos and messages sent through phones and computers don't go away. They can be picked up and recirculated forever.

How embarrassing would it be to apply for a job and have your potential employer deny you the job because explicit pictures of you are on the Internet?

Not many legal cases have been brought against teens who are sexting. A lot of the jurisdictions have not quite figured out how to handle these cases. The biggest concern has been that the children are viewed as just being foolish; however, a conviction would make them a lifelong sex offender and that could dramatically derail their future. However, as sexting grows, expect more legal actions to be taken.

If you are a parent, you need to explain the consequences of sexting to your children. What they feel is harmless fun could mark them more permanently than a tattoo.

Check the content of your child's phone. If your child is overly secretive about their phone or computer, you may have cause to suspect something.

Honest and open conversation is your best path.

The biggest thing you have to stress is that teenage boys and girls sexting could create lifelong legal consequences. And no one wants to see a child get their life started with a permanent black eye.

Profile Of A Twitter Spammer. STOP SPAM. Report Them.
Prevent Spam | Facebook Viruses And How To Stop Them From Spreading
Zynga's Farmville on Facebook Is Infected With Toxic Virus