The Stigma Of Mental Illness 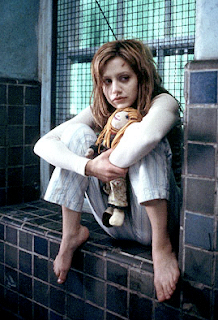 Television, movies and books have painted a negative and often ugly picture of those suffering from mental illness.

How many times have you seen on a police drama, "The killer looks like he was suffering from depression and he quit taking his medications."

Images of people in straight jackets, screaming and cowering in corners are images that perpetuate the stigma of mental illness.

The fact is, according to a 2006 study, over 21 million Americans suffered from depression. Some are under treatment, some are not.

According to the National Institute of Mental Health (NIMH), about 4.5% of the population has some form of mental illness. Women have a higher incidence of mental illness - 6%, compared to 3.75% for men. Women are 60% more likely than men to suffer an anxiety disorder over their lifetime. Around 28.8% of the population will experience some form of anxiety disorder throughout their lifetime.

Symptoms of mental illness can be overt or they can be silent. Often, a person with a mental illness will do all they can to avoid disclosing their condition to those around them. Disclosure comes with a price, due to the stigma of mental illness. Patients can be ridiculed, ostracized, fired, denied medical benefits and more.

Many people diagnosed with a mental illness seek treatment. If they adhere to their treatment plan, they can live completely normal lives and be assets to their families and communities. Presidents, artists, scientists, corporate leaders and more have suffered from mental illnesses, but they managed to be productive - and that is the goal of every patient with a mental illness.

However, society has a slanted and unsympathetic view toward the mentally ill. Solace can be found in groups that cater to the mentally ill. There, you can find non-judgmental people whose goal is to offer help.

Support from family members is not always available. Many of them just won't understand your condition. You might even be labeled, "Crazy" or "Something is wrong with..." It's hard. I've been there.

Keep in mind, your first goal is to always protect your mental health. If that means not sharing your condition with others where you might sense adverse reactions, then keep your condition to yourself.

Seek empathetic family members or friends. And don't feel like you have to answer questions from strangers or acquaintances.

I meet new people all the time at the coffee shop where I do my writing. They'll ask, "Are you working?" "Are you looking for work?" Right now, I can't work. But I stifle their questioning with, "No. And it's a long story." They usually back down.

If you are under treatment, keep on the plan. If you suspect you may have a mental illness, seek professional help. Signs you may need treatment are: extended bouts of depression, frequent anxiety or panic attacks, uncontrollable rage or anger, hearing voices, seeing things that don't seem normal or thoughts of harming yourself or others.

I was diagnosed with bi-polar disorder a few years ago. It took a while to get the right health care provider and the right treatment plan. I'm living a much better life, however, my checkered work history makes me undesirable in an economy where highly qualified people can't find work. I am trying to get connected with a job retraining program through my hospital. They are the first step. It might lead to a local social service agency. In any event, I'll be moving in a positive direction. And that is the best you can hope for - maintaining a positive direction.

Just be aware that not everyone will accept your condition. Do all you can to protect yourself from the stigma of mental illness.