God, Where Are You? No Sightings Since Jesus Left 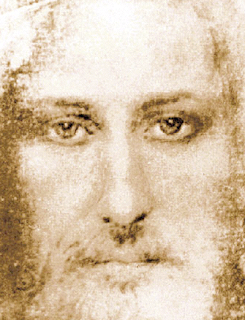 My faith journey has taken me down many paths over the last half century or so. I grew up on stories from the Old Testament in The Bible where God seemed to be everywhere. Then Jesus came along. Today, though, I often ask, "God, where are you?" And there have been no sightings of our heavenly Father since Jesus left the earth.

I was raised in a very Catholic household. Sunday Mass, rosaries, pictures of saints were all elements of my spiritual formation. Through the years I would practice my faith and then there were times I drifted away. But I never stopped believing in God and often found myself praying when my path seemed clouded.

About five years ago, I left the Catholic Church and joined a non-denominational Christian church. I moved from the fear of God to the love of God. I felt much better. I read the Bible regularly and prayed several times a day, sometimes all day.

I prayed for courage and wisdom. I got neither. In fact, I made decisions that destroyed my life. Nothing I was doing made sense to anyone else but me. I took in a homeless man. I thought I was doing what Jesus taught. Then I found out I was on the wrong medication. I asked, "God, where are you?"

I sought psychiatric help. I was diagnosed with two mental illnesses, bi-polar disorder and anxiety disorder. Plus, I've had A.D.D. my whole life.

Things went from bad to worse. I lost everything and had to move from Las Vegas to Cleveland to be cared for by family. I left behind my 9-year old daughter in Las Vegas. Did God bless me by putting 2,300 miles between me and my daughter? I live a daily nightmare. Should I have stood on one leg when I prayed or put my head in a cold tub of water? Whatever I prayed for never worked."God, where are you?"

Was what happened to me God's will or was it due to the diseases? All I know is that God did not seem to be there when I really needed Him.

In the Old Testament of The Bible, God talks to people, He wields great power, He helps armies win wars and does many other super hero type stuff. Then, Jesus comes along in the New Testament. He's less dramatic than his Father. He speaks of peace and loving one another. He heals the sick and comforts the poor. He sets an example of how everyone should strive to live their lives. Then he goes away.

Since Jesus departed, there haven't been any sightings of my deity. Supposedly, his mother showed up at Fatima. There was Padre Pio who became famous for his stigmata - his hands, side and feet bled just as Christ's had from the crucifixion. The Catholic Church made him a saint.

Oh yeah, there was that image of Jesus on a piece of toast that someone tried to sell on eBay a few years ago - an odd place for God to show up.

For the Catholic Church to canonize a saint, a miracle must be part of their legacy. There are hundreds of saints. I've seen things that are miraculous, like someone's cancer completely disappearing. The attending doctor was not suggested for canonization. Not sure why.

But where is God? And does praying to Him do any good?

Over 350,000 people were killed in a day in Haiti, a primarily Christian country. Was that part of God's plan? Or do we just dismiss it as, "Shit happens."

People credit God for all sorts of good things in their lives. Your kid gets into a certain college, "I guess, God wanted you to go there." You get a promotion at work, "I've been blessed by God." You get all green lights on your way to work and don't show up late, "Thank you God for helping me."

Is God really helping people get jobs or fixing parking tickets or helping your team win? If that was the case, wouldn't Notre Dame win all of their games?

When a woman gets raped and killed, is that God's will? Or when a child gets sick and dies, did God want that to be the outcome?

My friend's son, Jimmy, had a rare bone cancer. His dad got him in St. Jude's Children's Research Hospital. Jimmy's dad sent out emails to hundreds of people on a daily basis with updates on Jimmy's condition. We all prayed for Jimmy. Jimmy died at age 11. Then a few years later his mother was diagnosed with cancer. She, too, died just a few years ago, leaving two children behind. She always told me, "My life is in God's hands." Well, God, did you say "Whoops" when she fell from earth?

On the other hand, I see the works of Jesus live on through charities and ministries. Great acts of kindness are done in God's name. But lots of people volunteer to go to disaster areas and help the victims because it is the right thing to do. I don't think all of them volunteered because God asked them to.

Is God really talking to anyone?

"God called me to do this." Really? I didn't know God had a cell phone. He certainly can't have a land line from heaven.

I hear that a lot, "I got a calling from God." When I had those "callings," it was determined I was nuts and my medication was adjusted.

God did so many great things in the Old Testament. He gave Moses that magic stick. Old Mo took the stick and parted the Red Sea - amazing.

Since Jesus left the earth, we haven't expected magic sticks, just a few timely interventions. God could have been working covertly, like the CIA.

Think how the course of history would have changed if Adolph Hitler choked to death on a bratwurst in 1938. Millions of lives would have been saved, including 6 million of God's "Chosen People."

Do you remember when AIDS first started. It was called GRID - Gay-related Immune Deficiency. All the people on the far religious right said that God was punishing gay people for sinning. Yeah, it was a GAY disease. Well folks, in sub-Saharan Africa about 22.5 million people are infected with HIV. They account for two-thirds of all the people infected in the world. In 2009, 1.3 million people died from AIDS in sub-Saharan Africa and 1.8 million people became infected. Condoms anyone? No, God's church, the Catholic Church doesn't believe in that stuff. So more people die. More orphans are created.

Since the epidemic began 14.8 million children in sub-Saharan Africa have lost one or both parents to AIDS. If God was punishing the gay people, is He punishing the children of Africa? "God, where are you?"

I scratch my head, ponder, wonder and cry. Why is there so much pain in the world?

I turned to TV for answers. What medication was God taking when He "called" all those wacky TV preachers to spread His word? And why is God doing all of his "calling" for preachers in the south? I don't recall Poke Salad being served at the Last Supper.

I guess I'd feel a lot better if there was a Modern Testament to complement the Old and the New Testament. It could be on newsstands next to the Enquirer with big, bold headlines: GOD CAPS JAPANESE NUCLEAR REACTOR or GOD CURES AIDS WITH NEW DIET or GOD STRIKES CHARLIE SHEEN DEAD.

What are we really expected to do? Mormons believe that when Christ comes back He'll be looking for those clothed in white, so they all wear white undergarments. I thought they knew something I didn't know, so I wore thermal long johns every day for two years. I looked like a jackass when I wore shorts. A lot of people mistook me for being in a Grunge band.

We're told that Christ will come again at the end of the world. According to modern day prophets, the world was supposed to end about twenty times in the last fifty years. Vegas should start offering odds on the over/under on the apocalypse. I'm so confused.

Maybe I'll never get the answer. But I'll keep asking, "God, where are you?"

Related articles:
What IS Heaven Like? Our Images Make No Sense
Atheism's Big Lie Against Religion
Angry Atheists Act Like Childish Bullies
Fundamentalist Christians Need To SHUT UP
Easter, A Time To Reflect on Jesus - Even For Atheists