Celebrity Apprentice 2011 | Who Will Be Fired April 10th? 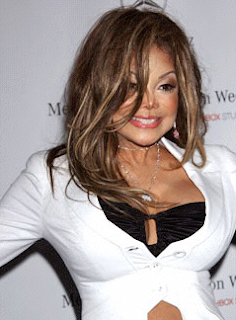 So far on Celebrity Apprentice 2011 the most obvious players have been fired or have left. This week there are two contestants that seem to have the greatest chance of leaving the show, and one ringer. At 9 PM on NBC we'll find out who will be fired from Celebrity Apprentice.

Last week, Richard Hatch (Survivor) was sent packing. He looked like he was doomed the first week, but David Cassidy was just too weak defending himself and Hatch prevailed. Gary Busey appeared to be headed out the door on the last show, but I think Donald Trump slyly milked a case against Hatch out of Project Manager John Rich to rationally fire the boring Hatch and retain the ratings goldmine Busey.

In the last episode, Jose Conseco had to leave due to an illness in his family. His father has been fighting cancer and has taken a turn for the worse.

Conseco looked like he would be a good candidate for firing if he had continued, either last week or on a near-term episode. Jose didn't seem to do much on any of the shows.

Busey returns to the head of the class for potential dismissal. Who the next Project Manager is and how he performs has a big impact on the outcome. Mark McGrath has yet to be Project Manager for team Backbone and he'd be my guess to take on the role this week. However, the men look strong and work well together. It will be interesting to see if they can rebound after last week's loss.

Chaos abounds on the women's team A.S.A.P. from week to week. Bickering during projects and cat claws flailing in the boardroom have become the norm and make for some great TV. From the previews, Nene Leakes is visibly upset and on the verge of tears over something during their project. More drama to come. Yeah!

Latoya Jackson hasn't shown any sort of leadership skills throughout the show. Her whisper of a voice and demure persona could send her to the celebrity unemployment line.

2010 Playmate of the Year Hope Dworaczyk is my ringer of the week. As the episodes have progressed, we've seen very little of the woman who has shown the world everything. She's been quiet and has had only a fraction of the camera time as her more boisterous competitors. We won't be able to see her real mettle until she is named Project Manager. However, I'd put her side-by-side with Jackson as the next to leave, if the women lose the task.

Tune in tonight at 9 pm on NBC to see who will be fired on Celebrity Apprentice.