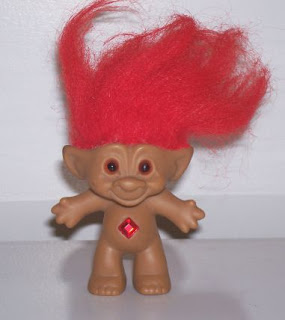 In a surprise move, thousands of trolls left shelves at dollar stores and drug stores in southern California and waddled their way to Los Angeles Superior Court to file a defamation suit against embattled celebrity Charlie Sheen.

"We're fed up and refuse to sit by idly while he thrashes trolls on national TV, Twitter and now Ustream.tv." said the pink haired troll. "Just because we have crazy hair, don't wear clothes and have no genitalia doesn't give him the right to disparage us.

The trolls are represented by a crack legal team featuring Mr. Potato Head and three Jewish nudist midgets. Mr. Potato Head commented, "This lawsuit speaks for all plastic toys. If we don't stop Mr. Sheen now, what's next, unicorns, G.I. Joe, Speak-n-Spell? And if he goes after Dora the Explorer, we may consider this a hate crime against Latino toys all over the world."

Reverand Al Sharpton and plastic dashboard Jesus will be leading a prayer vigil this evening to spiritually guide the complainants. Sharpton remarked, "My main concern is that no toys of color are being marginalized. I've already spoken with Crayola and many of the crayons are backing the trolls. The red and blue crayons, however, cannot come to an agreement and President Obama was asked to assist." 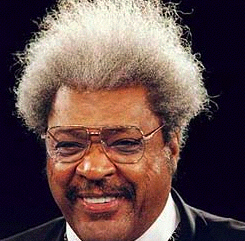 Plastic dashboard Jesus was less optimistic about the ability of the president to resolve the differences between the red and blue crayons. "Based on the discussions I've had with the bobble-heads, we have little faith in the president."

Don King and Donald Trump jetted to L.A. to offer emotional support on any hair issues.


"Few people understand the clout we trolls carry," stated the blue haired troll. "We've been around a lot longer than that arrogant coke head, Sheen. We have to put a stop to him WINNING at our expense." 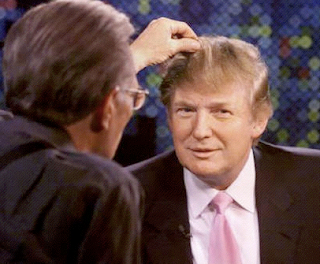 Charlie Sheen's troubles have been building for quite some time. Last week, Sheen imploded across multiple mediums with rambling radio call-ins and manic, nicotine fueled exhortations on just about every television outlet available, except CBS; where it was made official yesterday that he is no longer welcome - permanently.

Trying to salvage his quickly sinking career, Sheen fired his media adviser Mel Gibson. "Mel kept telling me that I have to leave really loud expletive-laced messages on the cell phones of CBS executives. He kept telling me they'll play the tapes over and over. TMZ would even dedicate a week to it. After literally no thought, my tiger blood told me that this was not a good approach because it didn't have enough hate."

With his firing from the hit show Two and a Half Men, Sheen is looking for ways to make some quick cash. Reports are surfacing that he is in negotiations with the manufacturers of 5-Hour Energy. Insiders say that 5-Hour Energy wants to release a Charlie Sheen signature product called, 30-Hour Energy. A company spokesman said, "It should have the same impact as drinking forty-six liters of Jolt Cola. Each bottle will come with its own cardiologist."

Talks are also underway with NASCAR to have Sheen participate in one of their upcoming races. "He wouldn't drive a car," commented a NASCAR official. "We'd give him a skateboard and let him go nuts."

Vegas odds makers are hungry for this one. "A lot depends on Sheen falling off the wagon and hitting the blow really hard," stated a spokesman at the Las Vegas Hilton Sports Book. "If word gets out that he's bangin' the pipe, that will really shift the spread in his favor."

Regardless of what deals Sheen tries to assemble to pay his bills, he still has to face his day in court with the trolls. "We won't let him look down on us," added a green haired troll, "That's why we'll be placed on an eight-foot high shelf at the plaintiff's table. We're committed to show that freak what WINNING is all about."