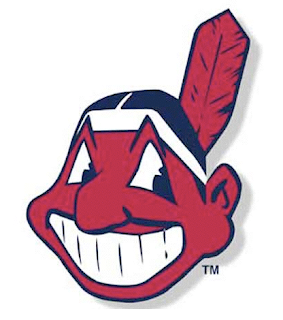 Grab the popcorn and Cracker Jack, the 2011 Major League Baseball season begins today. Six games are slated, pending weather. We had a snow storm here in Ohio yesterday. On Friday, though, the Cleveland Indians will kick off their season against the Chicago White Sox at 3:05 pm EDT. It's safe to say, the Cleveland Indians have already been eliminated from the playoffs.

My good buddy, Bob, told me, "Cleveland is a drinking town with a sports problem."

1948 was the last time the Indians won a World Series. In 1954 they were swept by the Giants in the World Series; 1995 was a hard-fought, but losing, series against the Braves; 1997 the Marlins sent us home crying.

For some teams, that many World Series appearances over the last 60 years might seem great. However, it is the time in between those highlights that have made us rip out our hair and lift Cleveland to The Baldest City In America - men AND women, included.

I remember in college going down to a game at the old Municipal Stadium near the 7th inning. They'd let you in free in the 7th inning. I'd sit out in right field all by myself. I had my own vendor.

After a couple beers and some peanuts, I'd head home a loser.

Year after year, the crowds were so small you could pick your seat. I'd buy the cheapest seat (usually way out in right field) and head for the upper deck. No one was up there. I'd sit directly behind home plate and watch the game. It was like they were playing the game just for me.

We've suffered through some very forgettable seasons. But there have also been some great memories.

My favorite memory is of the most infamous game in Cleveland Indians history - 10¢ Beer Night.

Through the years, the event has often been referred to as Nickel Beer Night, but the truth is you could buy all the beer you wanted for only 10¢ a cup. Let's take a guess at what happened next.

It was June 4, 1974, two days before I was to graduate from high school. A gang of my friends headed down to Municipal Stadium armed with about $5 a piece. We bought beer in shifts because the lines were so long. As soon as one guy returned, we'd send another on a beer run.

Oh yeah, we were playing the Texas Rangers. A minor detail.

And there were about 25,000 people at the game - a huge crowd considering the average attendance that year was 8,000 per game.

All hell broke loose in the 9th inning.

Through the course of the game, a woman flashed her breasts on home plate. A guy ran naked through the outfield, then tried to jump the home run fence. He was straddling the fence when the cops grabbed his left leg. Ouuuuuuuuuuch! Other people were running on the field before the riot broke out.

My crew was seated about 20 rows behind the third base dugout. When the game turned into a full-scale riot, we had to join in. With a few dimes left jingling in our pockets, we ran through the stands and hopped off the roof of the third base dugout onto the field. I got to stand on the pitcher's mound for a second.

The game was forfeited by the Indians, but who cared. We were just glad to be there and make it home safely.

Through the last 50 years, I've caught a few foul balls. At my first game with my father, a foul ball rolled right behind me. I was about six years old. When I reached for the ball, someone bit my hand. Welcome to Cleveland. We've been known to throw batteries at people we don't like.

In any event, the 2011 MLB season will start for the Indians. Sports analysts figure them to finish below .500, with only a slight improvement over last year. Yawn!

But, it is Major League Baseball. In Vegas, we had the AAA 51's - double yawn. Nothing compares to walking out of the tunnel and seeing a major league stadium open up before your eyes.

A couple years ago, I took my daughter to an Indians game against the Tigers - we lost. There was a good crowd that afternoon. She was so thrilled just to see the spectacle of it all. I took pictures of the field from our seats in the upper deck. To this day, they still look incredible.

Win - or - most likely - lose - they are still our Cleveland Indians.

They'll fight the Yankees, Tigers, Red Sox and Angels. Stars from around baseball will make there way to Cleveland. Even if our players suck, we'll still get to see the great ones in their primes.

I love baseball. And I love the Cleveland Indians - no matter where they finish.