Living In A Black Neighborhood Takes Some Adjusting 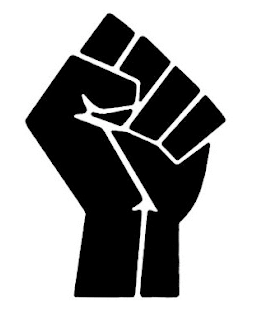 Due to health reasons, a year ago I was forced to move from Las Vegas to be closer to family in Cleveland. I live in the community where I grew up. Over the last thirty years, the racial make-up of the city has shifted from predominantly white to predominantly black. With this shift there have been some changes and it has taken some time to adjust.

My contact with the outside world is through the grocery store, drug stores, medical providers and fast food joints. When I lived in Las Vegas, I felt like I lived in a colorless world. People of every race, color and ethnicity lived in the neighborhoods I lived in and worked at the stores and restaurants I frequented. I had friends of every color and orientation. Race was never an issue.

In Las Vegas, I did notice a trend, though. All of the fast food restaurants were staffed by Latinos, except for Taco Bell - which had a mix of white and black staffs. (Latinos don't eat at Taco Bell, either. What does that tell you?)

Maybe because Las Vegas is such a service oriented town, I rarely experienced bad service. Service industry people would mark time at chain restaurants until they could get a better job at one of the casinos, so they stayed on their toes. Casinos have very high standards regarding the way you dress, groom, behave on the job and especially how you treat the guests or patrons. The bar was set high for those that wanted to make a living dealing with the public. Here, in Cleveland and especially where I live, I feel like the bar is set at Limbo level.

There is an extreme difference in the level of service I get here. It is very noticeable. This difference is most prominent at the fast food restaurants and coffee shops. I feel like I'm an intruder. The counter person almost always gives me a look like, "WTF are you doin' here?"  - "Ahhhh, I'm hungry. And I have cash."

Humans can send a space device 150 million miles to Mars and land it with 100 yards of where they planned, but I can't find a teenager here who can get a slice of cheese centered on a hamburger. At times the service is so bad, my burger should be labeled Some assembly required.

One of the things I see here all the time, which I never saw in Las Vegas, is the restaurant or coffee shop staff yelling at each other. It's not uncommon for someone working behind the counter to just go off on a 100 decibel rant about not wanting to work so-and-so's shift or whose turn it is to clean the bathroom. Toto, I'm not in Vegas any more.

Over the past thirty years, crime has also risen in this community. The police budget has tripled in the last ten years. It has gotten so bad that the city did not have enough money for their annual 4th of July fireworks show. This past year was the first time the fireworks had been canceled in over 50 years.

The E. 185th Street Festival was canceled for good two years ago due to gang violence. It used to be a great time.

Crime is not reserved to just what you would consider criminals. I've seen average looking people walking out of the grocery store after they've checked out and snatch items from the floor displays and throw them in their carts without paying for them.

One time, my buddy and I were in the checkout line at the grocery store and this little boy that looked like he was about five years old was stuffing candy bars in his shorts. It was shocking but funny at the same time because everything he stole fell out the bottom of his shorts. He looked like he was with his grandmother and she sure wasn't paying attention to him.

I've never been to a grocery store where there is a policeman on duty all the time.

There are cops outside and inside the LIBRARY, which is next to the high school.

Don't get me wrong, Las Vegas is not full of saintly individuals. There are plenty of derelicts and psychos running around Sin City and the crime rate is amongst the nation's highest. I've just never seen people being hauled out of a library for being belligerent, until I came here.

One time, my sister picked me up to take me to a medical appointment. At the end of my street was a car stopped in the middle of the street with the doors open. There were teens in the car and teens on the sidewalk. Both groups had aluminum baseball bats and were cussing each other out. My sister just called 9-1-1. "This kind of crap happens all the time. Just call the cops and they'll take care of it."

When I lived in Las Vegas, I observed a gradual deterioration of public decency and the use of manners. Common courtesy seemed like one of those "when I was growing up" stories. Same thing here, only magnified.

I don't know how much of this has to do with Cleveland. Living on the lakefront is tough. The bad economy has hit the city hard. Empty factories are everywhere. The weather sucks. The Browns suck. The Indians suck. LeBron James kicked this town to the curb and the Jamesless Cavs really suck. People in general seem grumpier.

Pizza is plentiful and cheap. However, all the Chinese and Mexican food I've had here has been awful. I've had some really bad bar food, too.

In Vegas, there were the homeless guys along the freeway exits and at major intersections. I usually gave them money. Here, I've had a bunch of guys come up to me carrying a single cigarette. They ask for a light. Then, they ask for another cigarette; followed by, "Can you spare a dollar?" Or, "Which way are you going? Could you give me a ride?"

I did it a few times, gave a guy a ride. That wasn't enough. During the rides they kept working me for money, smokes, sandwiches or shoes.

Oh well. When in Rome, it's futile to say, "What the hell are all these Italians doing here?"

I'll just have to learn how to adjust.

Living In A Black Neighborhood Takes Some Adjusting
Are Black People Afraid Of White People?
I NEED WEED !!!!