I'm Back Blogging. Insane Asylums and I Must Be Crazy. 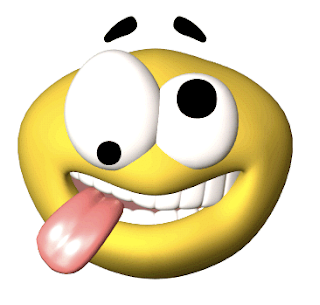 My last post was on September 22, 2010 - a video about the Ohio State Buckeyes mascot getting beaten up by a rival mascot. I was just getting revved up to add more posts to this blog. Two days later my life was altered in a way that I had never experienced before. I wound up in a psychiatric hospital. It was bound to happen at some point.

I've had my share of challenges with A.D.D., Bi-Polar Disorder and Anxiety Disorder throughout my lifetime. I was never diagnosed with any of these mind benders until about five years ago or so.

Today, however, through the power of modern medicine and modern psychiatry, I have a healthy list of medications to take twice a day, regular doctor appointments for both physical and mental care and a series of recovery groups to attend - where I can make new friends who share mental challenges.

First question you're probably asking is "How did you wind up in a psychiatric hospital?" To take a line from Charlie Sheen's playbook... "Because I was WINNING."

OK, that doesn't sound quite as insane as when Charlie says it.

I was at a routine visit to see my psychiatrist. This was a new shrink and I had meager expectations. I have a very low opinion of psychiatrists. Psychologists are OK in my book, but psychiatrists truly are "practicing" psychiatry - someday, they hope to get it right. Every psychiatrist I've ever met has the same short list of questions and closes the session with a prescription, which is more or less a shot in the dark from the Physician's Desk Reference.

I always answer "No" to question #1. I don't want to hurt anyone. On question #3, if you give them an answer of "4" or above, they do nothing. Answering "2" or "1" might elicit the follow-up question, "Vy do yoo veel dat vay?" To which I scream, "BECAUSE I'M DEPRESSED." At that point I ask the doctor, "Can I change my answer to question #1?"

I dealt the two fatal "Yes" answers to my new shrink and was quickly whisked away in a shiny red ambulance to a local hospital, where I laid on a gurney for 13 hours before being transported to the "Nut House". Still leaning on Charlie Sheen for guidance on this one, but I believe I was WINNING.

This is a completely legal maneuver. According to the law, you can think about killing yourself all you want. But if you have a plan, red flags suddenly surround you and you are "Pink Slipped". They may have different names for it in other states.

Me winning a free ride (it wasn't exactly FREE - I still get a bill for it) to the psycho hotel went like this: I had just been introduced to my new shrink. We exchanged a few pleasantries. He asked me question #3, first. (This guy was Ethiopian. Maybe it's culturally OK for them to go out of order.) I told him I felt like a "5". Then, he skipped question #1 and went straight for #2 - "Do you have thoughts of suicide?" I told him, "Based on my current situation, where my life has been blown apart, yes, all the time."

Then he asked the question from behind door number two - "Do you have a plan?" My response may have been one of the more creative answers he's ever gotten to that question, "Of course I have a plan. It would be stupid to think about killing yourself and not have any idea on how you'd do it." Zippppp... out comes the pink slip.

Even though I begged and pleaded with him that I had no imminent timetable and only was thinking creatively or employing dark humor, he did not care. "You need to spend 72 hours in a hospital to get your thinking straight."

This all happened on a Friday morning around 10 am. After the ambulance ride and the 13 hour delay in the emergency room of the local hospital before I was finally at the psyche chalet, it was after midnight. I went through two hours of questioning by a number of people, was photographed, had my belongings and clothes taken from me and assigned a room at 3 am.

My immediate thoughts were that I'd only be in the hospital Saturday, Sunday and maybe Monday - Tuesday at the latest. However, on Monday afternoon, a social worker met with me to explain how the process worked. She told me that the "Pink Slip" required me to be under medical observation for 72 hours - weekends did not count because the doctors were only on call - so my 72 hours really began on Monday morning. I was also informed by this lady that I had the "option" to sign a voluntary admittance form. This would keep me in the hospital until the medical team assigned to me deemed me safe to return to society. I asked her, "What if I don't sign it?"

She told me, "Then we go to the second floor where there is a judge and you will be committed and may wind up staying here longer." Some "option".

Oh, I forgot to mention, you are locked in the hospital in your wing of the floor. You're in there with about twenty to twenty-five other mental patients. You can't go outside and you can only have visitors in the evening, except on weekends. No cell phones allowed. No pencils. You have to check out a razor to shave and have it checked back in.

I spent three weeks there. The drugs were plentiful. The care was cordial. Some of my fellow patients were completely out of their minds. (Someday I hope to write a book about it.) The food was mediocre but not horrible. During the three weeks I was locked up, from the end of September to the middle of October, the seasons had changed. It was warm and sunny when I went in. It was chilly, cloudy and raining when I left.

What does any of this have to do with blogging?

Something happened when I came out of that hospital. It was as if my whole world had crumbled to nothing. I thought to myself, "I can't get any lower than this." My will to write had completely dissipated. I did little but eat, take my medications, sit in a chair and watch TV for four and a half months. I can't explain why I shut down. I was supposedly on the "right" medication. I was supposedly "better off" because of the three weeks I spent in the crazy house. But I wasn't. I'm still struggling.

The only therapy that seems to work for me is reading and writing. A few weeks ago, I began reading. Today, I'm at the public library writing. Recovery and returning to where I need to be will take time. Every bit of progress is the result of taking a step - one step - followed by another.

I've always been crazy. Now I have labels and medications to verify my insanity. But it always worked for me in the past. I just have to keep plugging along and convince myself that I'm WINNING!