How To Make Money In A Black Neighborhood 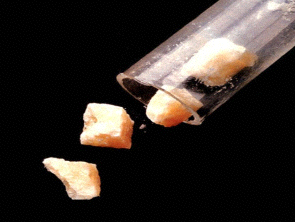 Over the last several years, the Blogger platform (on which this site is built) has added many enhancements to the interface - adding gadgets and a basic back room. In the back room, you can track how many page views your site gets, what country the traffic comes from, what links and sites are bringing traffic to your site; and you can even identify key words used to find your site through search engines. Yesterday, someone got to this site by typing in a search engine, "How to make money in a black neighborhood."

My first thought was, "Sell crack."

Unfortunately, that is a readily available option to many youths in black neighborhoods. Now that heroin prices have dropped, you'll see a rise in deaths from riding the white horse.

I currently live in a lower middle class black neighborhood. It's the neighborhood I grew up in during the 1960's and 70's. A lot has changed, and it's not all good.

Once vibrant parts of town are now boarded up. Crime is higher than ever before. An air of tension seems to permeate every encounter with residents. I don't know if they hate me or are afraid of me. (I'm a big white dude.)

People can point in more directions than you have fingers to shift blame.

A laundry list of reasons can be amassed:
I wrote a post regarding the last item on the list about an aspiring black writer/poet/book publisher: Unpolished Book Publisher Needs Proofreader.

Her mastery of the English language was deplorable, especially for someone trying to make a living with the written word. She was college educated, too. I was kicked out - but I can write circles around her.

If you cannot communicate at the level that other professionals do in society, you are at a severe disadvantage.

There are thousands of young black Americans that get degrees and rise to prominent positions in our society. One even became president. So, you're not dealing with insurmountable odds.

Through the years, I've had plenty of experience working in black communities. My first hardcore experience with trying to do business in a black neighborhood came in the early 1980's. I was a salesman for the Fortune 500 company Pitney Bowes. We sold mailing machines and copiers. Most of my sales territory was in the roughest parts of town.

If you're familiar with the Cleveland area, I covered the E. 93rd St., Buckeye, Woodland and Broadway areas. I was the only white guy around for miles. But I made sales.

I once sold a copier to Willie "D", owner of Dee's House of Music. A few months after the sale, Willie got busted with $80,000 worth of cocaine in his safe. He never paid for the copier either.

One day, I was working down E. 93rd St. My first stop, the guy wouldn't talk to me because someone had broken in and stolen all of their typewriters (remember those). Stop number two, was similar. Someone had tried to crash through the front door with a truck and also robbed the place.

Pitney Bowes also sold cigarette tax machines - the machines that put the stamps on the bottom of cigarette packs. My next stop was at a cigarette distributor who had one of our tax machines. I walked in the door in my blue wool suit, carrying my brown leather brief case. Suddenly, this guy jumps out from behind the counter with a 44 Magnum - yeah, one of those big barreled "Dirty Harry" guns.

I was splayed on the floor holding my business card in the air, pleading, "I'm with Pitney Bowes. I'm here to see the tax machine."

"Oh... OK... sorry. A guy just hijacked my truck with the driver in it and I thought he was coming back for more."

I went home at 9:30 am and watched cartoons the rest of the day.

The lesson I learned is that it is very hard to make money in a black neighborhood. Your biggest challenge are the people around you.

The old Buckeye neighborhood is where my Hungarian grandparents lived. It was a clean, well-groomed neighborhood back in the 1950's. My grandfather had a butcher store down the street. All the local Hungarians patronized his store.

Other ethnic groups have the same practice, patronizing their own. Jews would never go somewhere else when they could support a Jewish business in their neighborhood. Italians were and still are the same way.

In black communities, if you open a business, you're putting your life on the line. I would talk to the business owners and ask them what their greatest challenges were. The majority said, "Bein' robbed by the junkie down the street." Black on black crime was their biggest threat.

Second on the list of challenges was that the people in the neighborhood drove to the suburbs and shopped at the white owned stores. Black business owners found it hard to get support from their own community.

It would not bother me in the least if black people said, "We aren't shopping at any white owned stores." I don't consider that racist. It's what the Jews, Italians, Irish and other ethnic groups did to survive. And they thrived by supporting their own.

Black people have to stop looking at their bold business owners as targets and shift their attitude that they are allies. Everyone in communities that adopt that attitude will benefit. Kids will have black role models that they can look up to and not have to turn on BET to find them. They'll be right next door.

A change of mindset needs to occur in black neighborhoods. They need to treat their local businesses as sacred enterprises - not ATM's for drug money.

Another mindset change that needs to occur is the, "Where's the free shit?" attitude.

When I owned an advertising agency in Las Vegas, a rap station was trying to get a conservative bank client of ours on their station. I told them that the demographics didn't match up. Then, the black radio rep shocked me. She asked, "Could you do a promotion for our station, but we don't want black people to show up?"

"Yeah, we don't want our people there. They's cheap and don't spend no money. Advertisers don't want them. And there's usually trouble and we have to call the cops."

"You got a real problem there. I don't think I can help you."

Serious suggestions on how to make money in a black neighborhood are:
The key is to set your standards high. Treat your customers with respect. And give back to your community through internships, job training, volunteering and donations.

All of this starts with the parents. They have to instill a sense of pride in their children, support them and teach them. Wishing your child will become something won't cut it. Being an active participant in their future success will make all the difference in the world.

It can be done. If you work hard, get educated and enlist the support of the neighborhood, that is how to make money in a black neighborhood.

Recommended Reading: Fire In The Streets by Milton Viorst - an overview of the 1960's and the transitions in the black community.