Americans Can Learn A Few Things From Japanese Culture 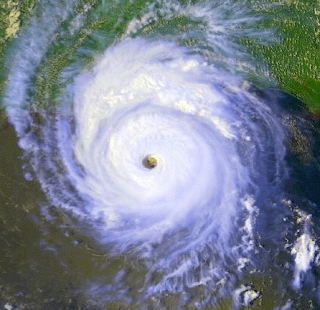 As the horror in Japan unfolds each hour, a comment that keeps coming up is, "There is no looting." You haven't heard that the Japanese army or their police are being dispatched to a specific area to prevent looting. One news reporter said that it is because theft is considered shameful in Japanese culture. We should probably make note of that trait and pass it on to our offspring.

Calamities and subsequent looting are as American as burgers and fries. They always go together.

My first realization of this phenomenon was in 1992. I was working the comedy club in Orlando. I flew into Disney City the day after hurricane Andrew had pummeled the south Florida coast. Like the devastation in Japan, there were people who had lost everything. Instead of people reaching out to each other to help, everyone who could possibly take advantage of the victims popped out of the Everglades and acted like they won the lottery.

Scammers were selling much needed water for ten times its retail price. Other hucksters were renting their chain saws to those in need for $50 and $100 an HOUR. Yeah! Kick 'em when they're down.

And there was the obligatory looting. Enter police and the National Guard.

A few years later, I was driving to some gigs in Iowa. This was only days after massive flooding had consumed cities, towns and villages along the northern end of the Mississippi River. Something completely different was going on. People were helping each other. Midwestern communities that were hit by the rampant flooding were brainstorming to see how they could help others in the Midwest who were worse off. Yup, the crazy red state conservative whackos were treating each other with dignity, compassion and respect. You'd hate to have people with those kind of values influencing our political process.

What I saw first hand in Iowa made me proud to be an American. Iowans are classy people.

Now, let's take a look at hurricane Katrina. Within 45 seconds of landfall, the looting began - and carried on for days. Shameful.

Every time we have a disaster or a riot, there is runaway looting and droves of scam artists that show up. The rioters are my favorites. They burn down THEIR OWN neighborhoods.

The day after the riots, "Hey buddy, you want to go to McDonald's?"

"Sorry, we burned that down last night."

"Well then, lets go get somthin' at the grocery store."

"We burned that down, too. But if you fish through the rubble, you might find some really well-done steaks."

Looting and property destruction are not solely owned by Americans. It went on in Haiti and is going on in the Middle East. Although, the Middle East puts a twist on it that blows my mind. When the revolution began to build momentum in Libya, Moammar Gadhafi sent planes to bomb one of their own oil production centers. He's like a blind retard with a hair-trigger machine gun, riding on a mechanical bull.

In Egypt, when the citizens revolted against the government, they stormed the museum in Cairo and destroyed hundreds of Egyptian antiquities. Someone should have yelled, "Hey Famoodi, you can't replace that shit at Target."

It only takes a few idiots to mess things up and get global headlines. The majority of the people probably did the right thing. But it's the responsibility of the sane people to keep an eye on the nut cases in times of unrest.

Modesty, humility and compassion reign in Japan these days. We can only pray that their calamities can be contained. It takes courage to do the right thing when everything around you is in chaos. I've seen more conflagration on Facebook with morons warning us to not be so quick to send aid to Japan and that we should remember what is special about December 7th.

Japan has put that aside and rebuilt their country to be the world's third largest economy. They are also one of our allies in the Pacific Rim.

Today, you don't see them screaming on TV that their government is not doing enough. Their people are not running around with their hands out in anger. They are moving day-by-day, patiently and with great dignity. We should all hope to be that courageous.