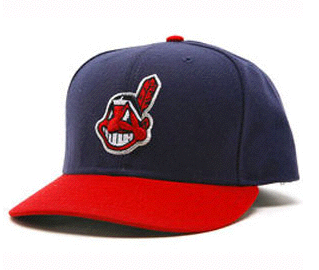 At 8:32 AM I arrived at the Arabica Coffee Shop on E. 185th St. and LaSalle Ave. on the eastern border of Cleveland. I had planned on settling into one of the comfy leather chairs on the stage riser near the front entrance of the coffee shop and re-writing a few articles I had worked on all night.

Instead of working, I became engaged in a conversation with 87 year old Edward seated to my right on a leather love seat. We've been talking for two hours and we're still talking. We just managed a break in the conversation as Edward's bladder needed tending to before mine.

It's now 10:42 AM and I've been up for 24 hours and 10 minutes. I have to do something about my irregular sleeping habits. In fact, I have no sleeping habits. I just go until I collapse in my La-Z-Boy chair. I think I've slept in my bed once in the last two weeks. The cycle continues. Up for 24 to 36 hours, collapse. Up for another 24 to 40 hours, collapse. There is a pattern, but it isn't a good one.

In the last 24 hours, I've written about 7,000 words on four different articles and I'm still writing. It's in my blood. I can't stop.

My time with Edward has been very enjoyable. He gave me a brief rundown of his stint in World War II as a U.S. Air Force MP - stationed in England and also in France.

"I loved England and the English people, When I left England, they gave me this ring." he remarked in a steady voice while pointing a shriveled shaky finger at me.

Wiry Edward added, "Those people in France, they're funny people. I didn't like them."

He's mentioned that he loved the English and didn't care for the French about eight times. Sooner or later I guess I should tell him that I believe him.

I'm half Hungarian and Edward is a full-blooded Hungarian. That conversation led us to discussing the old Hungarian neighborhood in Cleveland. It centered around Buckeye Road. That's where all the Hungarians were before and after WWII. My grandfather owned a butcher shop down there.

Over the decades the neighborhood has changed. It's a hideous ghetto now. My grandfather's butcher store is only a shell of what it was fifty years ago. The windows are gone, the plumbing has been stolen for scrap. When my Aunt Betty lived there in the 1970's, twice she found dead bodies in her front yard. The neatly trimmed yards and pristine white fences of a past generation are gone. Crack houses reign.

After a rest in our conversation, I began to think about how funny it is the way older people think.

I mentioned to Edward that I had lived in Las Vegas for the last 15 years. Edward immediately responded, "Yeah, Las Vegas. People go there to gamble. Right? They gamble. And they try to win? That's what they're doing there, they try to win? Isn't that what they do there, trying to win?"

Well, Rainman, I guess that would be a logical outcome to gambling, "Try to win. Yeah. Try to win."

I can't think of a time when someone would want to take the other side of that bet. "Lose. Yeah. Try to lose. Loser, loser loser. Yeah. Try to lose." I don't think anyone in history has ever taken that position. But it seemed like a possible option with Edward. I'm not sure why. I'm just rolling with my retired railroad worker companion and he's in charge.

I told Edward that I was a former stand-up comedian. Our conversation shifted from his distaste for the French to all of the great comedians of Vaudeville and the early days of television. For the next hour and a half, we scrolled through a litany of every great comedian or comedy act since 1925.

Every time we came up with a new name, Edward would chuckle and shake his head donned with a blue Cleveland Indians baseball cap. Chief Wahoo smiling his approval back at me.

One of the most amusing parts of our conversation was when we were talking about how people dress these days. He was telling me how thrilling it used to be to see a bare ankle of a woman on the beach. "Nowadays, you see everything. Yeah, you see everything," Edward kept repeating.

Then, out of the blue Edward blurts out, "Do you know Larry Flynt?"

I was a bit taken aback at how joyfully he asked the question.

"I like Larry Flynt. He's a cocky guy," Edward stated.

"No, I haven't seen a Hustler magazine in about 30 years," I replied.

"It comes with a DVD," Edward added.

Frankly, I found this twist in the conversation to be a bit odd. But I'm a trooper and I can run with it.

Yes, Edward knew about Lenny Bruce. "Wasn't he a real dirty guy?" This coming from the local Hustler magazine and DVD expert.

Edward loves John Wayne, too. "You know he smoked four packs a day. But boy could he act."

Edward started the morning by telling me that he walked the half mile from his home to the coffee shop so he could relax.

"I gotta get my exercise. Some people are just lazy. They need to exercise," Edward grumbled.

I nodded agreement and kept pecking away on my white iBook.

One of the things I noticed about my conversation with Edward is that it has unfolded in pieces. It is as if we found a handful of topics where we have common ground or common interest and we've placed them on a Lazy Susan. We talk about one topic for a few minutes and then give the Lazy Susan a spin and go back to a topic we've already discussed. This process has repeated itself, a number of times.

Over the course of going on four hours, Edward has told me that he fell down on a rainy day at 10:30 in the morning on his way to lunch on May 4th. He separated his right shoulder and tore ligaments in the shoulder. On June 8th, he had surgery by a specialist who works on football players to repair his ligaments. He goes to physical therapy about three times a month and he exercises at home. Today, he managed to wait five hours at the coffee shop for his 1:30 PM therapy session.

Not all of this information came at once. We progressed from topic to topic on the Lazy Susan of common ideas, he's relayed bits and pieces of his fall on May 4th and everything that has happened since. And I'm the one with ADD. At 87, he can talk about anything he wants. He's earned it.

We had a brief break from our conversation when Regis, a communications installer, stopped by for a cup of coffee and a toasted sandwich - taking a seat to Edward's right and directly across from me and the coffee table between us.

This new conversation rambled around a bit before we hit on customer service - what is good and what is bad. It struck a nerve with Regis. He gave both of us the lowdown on all of the bad service restaurants and coffee shops in the area. Regis is the type that writes letters to CEO's and managers and gets people fired. He got a Starbucks employee launched a couple years ago for her snotty attitude. He seemed rather proud of the accomplishment. Damn. I agree.

Regis was on his way and Edward sat quietly as I wrote this blog post. I never told him that he was my protagonist.

Life in the Arabica coffee shop rolls along at a slow pace. There aren't as many customers that come here as I thought there would be. The constant whir of the air-conditioner emanating from the back of the coffee shop is occasionally married with the grinding and gurgling of cappuccino machines. Life goes on. Another coffee drink goes out the door.

Who knows when I'll leave today. I might order another double espresso over ice and try to work on my other articles.

Although, I've been up for about 26 hours now and I feel my mind and body starting to slowly fade. No amount of caffeine can get me through this.

My phone rings. Another bill collector. I hit ignore. I'm at the Arabica. Life is slow and I really don't care what the rest of the day will be.

I may just have to find something to eat for lunch and head back to where I am staying and try to get some sleep.

Edward is gone. His friend showed up to take him to his therapy session. Before Edward left, he reminded me that he won't be here tomorrow, but he will be back on Saturday. "See you then."

Over the last five hours, Edward has taken me on an enjoyable journey through the past. Neil Young produced an album about 36 years ago with the same title. I don't think Edward knows who Neil Young is. It doesn't matter. I don't like the French, either.
.
UPDATE May 16th, 2011 - The Arabica was sold to a new owner. The nice leather couches are gone. I guess the previous owner took them. There is a dumpy couch that looks like it was a reject from a yard sale where the big leather sofa used to be. The place doesn't even smell like a coffee shop. I walked in and walked out. I haven't seen Edward since. But I hope he's OK, and still pissed off at the French.

Related article: How To Make Money In A Black Neighborhood