How To Cure Boredom 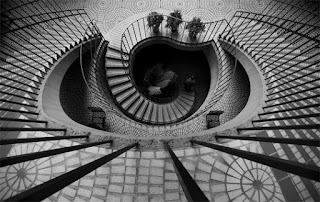 When I was living in Las Vegas, I had a step-daughter I raised as my own from age 7. Adolescence got us all twisted and eventually catalyzed my divorce from her mother.

What ya doing, honey?

The subliminal answer to the boredom is right there. Doing nothing.

Last I checked, nothing begets nothing.

How do you stop doing nothing? And being bored?

The antithesis of boredom is curiosity.

If you are are a curious person, you are never bored.

I have ADHD and I'm bipolar...

🎶 My mind is always racing and my body's on overload 🎶

My head is filled with lottery balls that bounce 31,536,000 seconds a year. I can't find the time to do 3% of the things I think of on a daily basis. I don't understand boredom.

But I find myself with an old bicycle pump, trying to inflate the spirits of someone who really puts forth no effort.

DO NOTHING. GET NOTHING.

What can free a do nothing from the prison of boredom?

All you have to do is utter one of the following, in your mind or out loud,...

What's that?  When did that happen? Tell me why. How did you do it? Who's in jail?

Yes, the old WHO, WHAT, WHEN WHERE, HOW interrogation. It's not intrusive. But ASK. Inquire. Wonder. Dig. Learn. Question. Solve.

To me, when I hear a bored person say they are bored and the boredom is boring - they're intellectually lazy.

Maybe the default wasn't right. You can alter your life. You can change. You can vanquish boredom with a ❓

Pick one thing, any thing. Preferably something you love.  Look at it. Study it. Then whisk in a little wonder. Curiosity cake has many layers. Taste them all.

Be gluttonous when it comes to knowledge.

The pathway to wisdom is through knowledge and understanding.

The journey to wisdom will take you to uncaring lands. Unsympathetic islands. Seas of sycophants. But you must see it all before you can know it all. Consider yourself lucky if you only truly understand only a slice. No worries.

The definition of an an EXPERT is...

"A person who knows less and less about more and more."

Remember... Find your niche and own it.

The True Meaning of Easter - Controversial 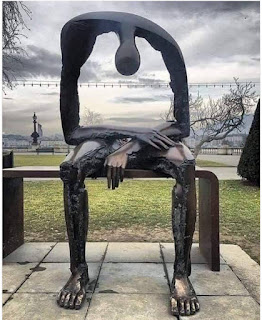 Christians feel they know the true meaning and message of Easter, but most are way off track. Non-believers coloring eggs are clueless, too. There is a very deep and profound meaning to events dated over two thousand years ago.

We all know the story.... dude named Jesus rides into town on a lowrider ass. Palms and celebration. Over the week, shit starts going sideways for the teacher.

Thursday, he appears at a potluck and humbles himself to the level of the lowest of lows, becoming a servant to his followers and washes their feet.

That right there was pretty real. Dude they think is God on his hands and knees, washing nasty feet.

What's going on there?

The fictional character Jesus - and I only call him that to keep my Atheist friends reading - was a god. He knew it. Couple of his boys new it. Yet, he still found humility.

In his times, his pedi-wash was almost considered degrading, beneath him. Back in the day, men NEVER came close to that line of work. Mix in his deity creds and you have a huge swing from top to bottom.

In other words: Don't get full of yourself!

Then, Nazareth dude catches a case in the garden. His ass go to jail.

No lawyer. Lots of talk. Made up crap gonna take street corner messiah down.

By morning Jesus's shit be twisted. He finds out he gonna die because he taught a way to live.

When you different, not everybody down with that.

Stop trippin because people don't like you, pick on your clothes, laugh at your pain, ignore your pleas. They don't matter. Only you matter. Jesus gets told he headed for the cross and he's like, "Oh well."

Then they kill his ass. Sold off his clothes and dumped his body where no one could get to it. So much for being GOD. Don't matter.

But a new plot twist is inserted that had never been used in the past or at the circus or in vaudeville - He comes back to life.

WTF does Original Sin mean? And stop it with the bad apple story. OS is completely meaningless on earth. If OS wasn't dashed, you'd never know it. Ain't no choices or grousing after death. So file OS under Useless BS.

But now that he's not dead in a cave and he's alive again - that's the true story. There is the meaning. It is a universal metaphor that....

To live a NEW life, the OLD life MUST DIE

If your life is miserable, it's because of you and your ways. I don't care if you writhe in pain from fibromyalgia, there are ways you have that make it worse. Broke? Well, those your ways. Fat? Your ways. Uneducated? Ways. Unloved? Yup...U

You can have new ways. You can live in bliss - here on earth.  Things can change. Things can get better 💯

But YOU and your old ways have to die, first. Ain't no way around it. As long as your misguided ways live, misery will be riding shotgun with ya.

Been three years since I started my days looking for crack. I had to kill that bitch.

On Holy Saturday, sitting in my new apartment My 😎 GIRL lives in (I still live in and manage a group home for mentally challenged adult males) I had the definition of epiphany. I had a moment yesterday that I'll never forget.

I got a new batch of weed. That set the tone. As I sat watching a low-volume TV, a feeling came over me. One I had never had in my life.

It was a feeling of pure peace.

I felt free of the world, free of judgment and others opinions. No longer trippin over those that disappointed me, no expectations of others. It was just ME. And  I was completely GOOD ENOUGH.

An old life and thought process that propelled me for 64 years had died. I was entering a new life.

Chains fell to the ground, tears were dried. The hope I so desperately clung to had been the fuel to getting me to one of my greatest dreams. And there was PEACE on My 😎 EARTH.

Change is not an accident. It takes a desire for something new, better 💯

It takes a decision to go in a new direction.

And it takes some ACTION.

Wherever you put your focus, you go.

That will tell you where you go.

The true meaning of Easter is about YOUR rebith. You becoming new. Not OS. Or OS 10. IT'S HOPE FOR YOU.

It's worth looking back.

Easter, A Time To Reflect on Jesus - Even For Atheists

Easter, A Time To Reflect on Jesus - Even For Atheists
No comments: